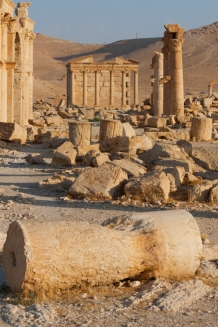 I have wanted for some time to write about what I see as our foundations, and not just in the U.S., crumbling before our eyes. I always thought it was too far out there…too religious…too judgmental…”just too something!”

As with any great society, the Americans believe that things will stay the same forever and they will always be the World’s great superpower. The Chinese, who have had dynasties longer than 5,000 years, did too. The UK has been around just after the Romans Oh and yes, of course, the Roman Empire.

When we look at society, I believe we have four main supports: the Law Pillar, the Religious Pillar, the Government, and the Family.

Let’s take a moment to see where we are on these.

It’s easier to rattle off recent news stories to make my point: Trayvon Martin (George Zimmerman was back in jail on a different charge yesterday),Casey and Caylee Anthony murder case, mass shootings every week, top military brass (and not just one) being dismissed, Wiki leaks, phone hacking, illegal wire taps…I can go on and on.

There has been scandal after scandal of pedophile priests, care givers, and different sects. There are new extremists in every religion, including Catholicism and Judaism.

I am not out of line by saying: completely dysfunctional, with jockeying for position with self interests going to the front of the line. Elected officials being caught in 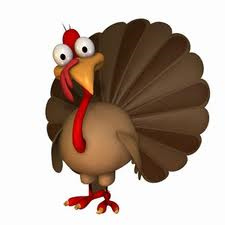 compromising affairs, dealings, misappropriations, and the list goes on and on.

I’m getting bummed out just writing this. Let’s all just breathe.

I was trying to get to the bird, AKA…the turkey.  Ahhhh, the icon of American Thanksgiving. From the days of the  first settlers, that “once a year meal” that we all dislike, as it’s usually as dry as saw dust, but its tradition. Stuffing, pumpkin pie and football on the front lawn or on the TV, add in a couple of arguments with family members and you have the perfect American Thanksgiving! It’s as American as apple pie and baseball. It’s really an American holiday staple and kicks off the shopping season for Christmas. In fact, the biggest shopping day of the year in the U.S. (25% of a traditional retailer’s business is made up from Thanksgiving to Christmas) is the day after Thanksgiving Day, also known as Black Friday. This is when people stampede the stores and fight over deep discounts on various items with limited stock.

So what’s the problem and the link to crumbling societies and civilization as we know it? Gotta love sales, right?

After 180+ years, many retailers are forcing their employees to work on Thanksgiving Day. This, before, was absolutely unheard of! Thanksgiving Day is the one day that the average person could usually rely on not working and spend time with his family. Nothing is was ever open (and I mean nothing!).

Let me ask, is the one extra day really that important? At what cost are we trading American tradition with perverted capitalism? What influence will this have 30 years down the road when the children grow up? What does this do to the fabric of society? As a nation, do we trade our values for a buck?

Stores that are open include Wal-Mart (the country’s largest employer and retailer), Kmart (their competitor), Old Navy Clothing,Target, and now get this… Staples (office supplies) will be open. Why does someone need office supplies on Thanksgiving night? Don’t tell me this is not insanity!

Are you starting to get my point in the middle of this rant? Where are we going as a society and where do we draw the line? This really needs to be asked.

I also really think we need to address what is important and realize we are literally at risk of losing ourselves! I feel it’s that important.

I fear the worst and hope for the best.