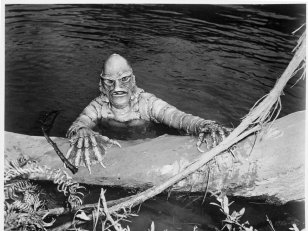 Ah, the good old days when one could hire a lawyer and fight in a court of law, knowing who your opponent, accuser, or injured party actually was. Similar to the “War on Terror” as it relates to the internet and cyberspace, there are no front lines, no soldiers in uniform, and no defined field of battle. One doesn’t know if there are many participants or just one. You don’t even know who the attacker is most of the time.

As we are seeing with Sony Pictures and their comedic movie The Interview, the goal is to cause fear and inflict damage in any way possible. It started with the leaking of private emails, deals, and even personal health records. Now the movie. Just because someone doesn’t like the subject matter, this has been escalated to an international incident. My concern is not that we would go to war with North Korea, but rather the precedent of not showing the movie that would have been set. I understand that Sony did not back down, but the cinema chains did. I understand that there are legal ramifications if they did show the picture, and in the unlikely event that a physical terror attack took place, the lawyers would line up to hold the cinemas liable. It’s a fact of the litigious society in the United States. Last night, it was announced that small independent theatres will now screen the movie. The ironic part of all of this is that the patriotism that fanned into flames over this will make the film an instant hit! Many more people will end up seeing the movie than would have before. Regardless one must ask:

Where will the next line have to be drawn? Where do we draw the line, if any, to freedom of speech?

Movies like The Passion of Christ, Whitehouse Down, Schindler’s List, or even classic war movies like Apocalypse Now could upset people and the movies would never see the light of day. This would be a death sentence to artists and the insatiable thirst in creativity. Society would be permanently damaged, if it isn’t already.

In 1977, in a town north of Chicago, Illinois, a Neo-Nazi group led by Frank Collin sought to express their freedom of speech. The town of Skokie had a population of approximately 70,000 people of which 40,000 were Jewish, and 5,000 of these were Holocaust survivors. This group sought to march down the main street of Skokie in their uniforms, with the party’s swastika displayed on their arms. The group was eventually blocked and they marched in Chicago instead, but the intent was clear. This was not about freedom of speech, but the desire to inflict pain.

Don’t we have the right to question a blanket interpretation of “Freedom of Speech”? Doesn’t this right end when someone is at risk of physically being injured?

Part of the problem, in my opinion, is that we are making judgments and decisions based upon past values and protocol. When all communication was made in print, and the newspapers were held to certain journalistic standards, freedom of speech could be held to a certain standard. Because of this, we were raised to believe that if we read about something in print, it came from a trustworthy source.

In today’s Cyber Age of instant posting, texting, Tweeting, on-line groups/forums, and blogging, there is zero censorship, editing, or control. In my opinion, the inmates are running the prison.