This is not meant to be a “Tortoise and The Hare” story. Don’t get me wrong…there is nothing wrong with people or companies coming out of the starting gate and going straight to the moon. How could that be bad?

This is just meant to say that companies, like people, develop at different rates. Some never stop developing. There is no “one size fits all”.

How many of you remember that guy or gal in high school that were always the most popular. The guy had muscles when no one else did, and had the self confidence that most of us could only hope for. Man, I want to be like him! The girl was, well let’s just say after the summer vacation, what caused most of us to lose concentration for the rest of the school year when she walked by. One interesting point; it is important to note, (at least in my school), that if you fast forwarded to our high school reunions, that these “early bloomers” usually were already on the decline physically, and in their professions had not reached the success that others had achieved.

For example, physically, take a look at Megan Fox or George Clooney. Say no more on that!

Career wise, these stories are endless. John Paul Dejoria lived on the streets and slept in his car. He started Paul Mitchell haircare products with a $700 loan, in 1980. Even being a corporate phenomenon, it took six years for traction. 35 years later the company does $900M in sales annually. 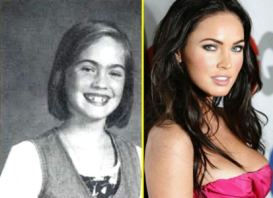 J.K. Rowling was divorced and living on welfare, before writing Harry Potter. She is now worth over $1Billion.

The stories go on and on – Barbra Corcoran (shark tank) waited tables, Colonel Sanders failed at everything before KFC, and Henry Ford had nothing until he was 30 years of age, and started ford at 38.

The life lessons of the Chinese bamboo (watch https://www.youtube.com/watch?v=2nFDmrLGgYMvideo)

A farmer plants the tiny seeds of the Chinese bamboo in the hopes that it will fulfill his
hopes and dreams for him and his family. Tirelessly, he waters daily the barren holes where he put the seeds. Day after day.This goes on for 5 years with no results. All his other crops grow quickly and feed his family….but once eaten are gone.

Year after year his neighbors are laughing and mocking him. Nothing to show for it for all that time until finally the dream becomes a reality. The trees sprout and grow furiously

Do you think the farmer got lucky?

What about companies that take a long time?

Not even starting with a firm direction or concept, Jeff Bezos, the CEO, knew he had to do some kind of business on the internet. His total focus was the brand, and he knew he wanted a one-stop shop experience…but he got this from the name he eventually chose which is basically A to Z! Amazon! From that, Amazon was born.

Talking about putting the cart in front of the horse!

The Company started as an on-line bookstore, as books are a commodity, meaning one book of a certain title is the same as any other reprint of that same book. By economizing the storage of that book offsite and not in a “bricks and mortar” environment, it gave Amazon an incredible advantage in cost efficiency and the blue print for success.

Here’s where it gets interesting.

By design, the firm didn’t anticipate to become profitable for 4-5 years! This “slow” growth caused stockholders to complain about the company not reaching profitability fast enough to justify investing in, or to even survive in the long-term. When the dot-com bubble burst at the start of the 21st century, destroying many e-companies in the process, Amazon survived, and grew on beyond the dot-bomb period to become a huge player in online sales. It finally turned its first profit in the fourth quarter of 2001. This was seven years past inception and made a minute 1 cent ($0.01) a share.

Fast forward to today. Amazon has 615 million visitors to its site annually and 130 Million customers to its U.S. site monthly. That is @50% of the U.S. Population!

Patience rewards the bold and savvy

Maybe this is the real “Tortoise and Hare” story!  Let me ask you…who do you think made the real money…the early investors in 1994…or the ones buying it now (current share price of amazon after it has split 3x…$828/share)?

Let me challenge you to have dreams. Believe in your dreams. Feed and nurture your dreams. After all, nothing good ever comes easy, overnight, or by chance.