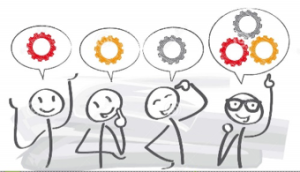 OK, disclaimers first! Everyone knows my disdain over the last two years of the bedlam we have seen in the newly created “asset class” (and I use that term loosely) of cryptocurrencies. In fair dues, and related, I am not blind to how virtually every industry is trying to first understand and then use the technology of blockchain. I also must state that I am reluctantly being dragged along to understand even the basics of blockchain and its related posterchild in the cryptocurrency bonanza.

Yes, it’s very appealing the arguments of a more secure, more cost-effective highway of information. Stated benefits of blockchain can be applied to almost any industry (in theory). Traceability, in “cradle to grave” transparency, protection of data, and the guarantee of that accuracy as it is checked each time through the chain, leaving a highly traceable and defined audit trail.

Conversely, the stated benefits touted by holders of Bitcoin, and other cryptocurrencies, are of anonymity and sidestepping traditional governmental control and channels: the irony is not lost on me!

Let’s leave that alone now and discuss the spawned industry of ICO funding, projects, and its investment.

First let’s state some facts. Without cryptocurrencies there would be no ICO’s (Initial Coin Offerings). In fact, the idea of an ICO in itself has catapulted the number of recognizable crypto-currencies and its redheaded stepchild the “ICO Token”. Each ICO undertaken (from the way I understand it…again I’m still a neophyte) creates its own token as well as accepting other tokens. In effect, like a scary B-movie script, it has created its own ecosystem. To date there are an estimated 1565 different cryptocurrencies in existence. Each have associated tokens. A new one can be created at anytime just by capitalization. In other words, if you can dream it you can have it…just add a little water and shake. Most of these are chasing the potential dream of being the next mother Bitcoin.

Bring in the ICO. By definition as per Investopedia: An unregulated means by which funds are raised for a new cryptocurrency venture. An Initial Coin Offering (ICO) is used by start-ups to bypass the rigorous and regulated capital-raising process required by venture capitalists or banks. There’s that phrase: “unregulated”! Create your own form of exchange (money), which by the the way has little-to-no liquidity, create a sellable exciting idea in a start-up, and give it no oversight. In my opinion, a perfect recipe for disaster. Like bees to honey, you are begging for the scams to come out of the woodwork.

Think about this; think of anything you want or desire without oversight of having to have the actual infrastructre, expertise, or framework. “We are in conversations to engage….a top expert in the field has been contacted….5 prime locations have been identified”. These are some of the statements I have heard by ICO pitchmen. Like a caldron of ingredients, anything can be included….and the kitchen sink. Like the T.V. show Westworld it is only limited by your imagination.

Let’s try designing one for fun, and I’ll make this up as I write.

I started thinking about outerspace (the only thing that seem to resemble this piece). Let’s call our project and token Bitlunar. Unfortunaley this was my 6th choice as BitSpace, BitMars, Bitjourney, BitVenture, and BitLUNA were taken. Incidently, the last 2 names had pages and pages of scam warnings on them via Google.

OK, let’s design this baby! Imagine the thrill of space flight, a place that only a handful of humans in history have been to, and traveling to the lunar surface. Yes, we have identified the main training facility for NASA Astronauts, and you would go through our own “soon to be patent pending” acclerated training program for space flight. Once ready, you will be launched in our own proprietary “BitLunar spacecraft”, which is presently in development (at least we did the drawings on the back of a napkin).

Its not just the thrill of space travel. Imagine a five-star oasis once you arrive. An “out of this world” experience on our surface campus including the only 8-star Bitlunar Hotel to be constructed, complete with atmosphere and climatized controlled suites (again: drawings underway).

Back to the trip…. during your days (It’s dark so hard to tell) you can bash the lunar dunes in our specially designed BitLunar Rover. We have contacted the largest 4-wheel drive manufacturer to design it, to our proprietary specifications (We sent an email).

Imagine golfing on our gravity sensitive 18-hole golf course, called The Universe. The technology we envision will be patented, and the potential market to roll this out to other planetary enterprises is endless. We have attempted to reach Flash Gordon for potential endorsement.

BitLunar is offering direct investment via the BitLunar token as well as accepting all other tokens and cryptocurrencies. After the initial funding of the equivalent of $30 Million USD, BitLunar plans on listing its project on at least one of two Identified major international stock exchanges where it will be seeking another $3 Billion for its design phase. By the way, BitLunar’s executive board have discretion on the funds raised.

As a valued founding investor, you will have exclusive first rights to diversify your tokens and participate in at least 3 other ground-breaking areas we have identified including BitDolphin (the breeding of man’s favourite aquatic mammal), our defence project BitRaygun, for a defence portfolio play, and BitAtlantis (our planned underwater resort).

I think I have made my point (but that was fun).

Scary times we live in and your guard must be up. CNBC reported that over 800 crypto-currencies are now dead and that over 70% of all ICO’s are scams.

Maybe this is the future, I don’t know. Maybe it must wait for all of us “baby-boomers” to be dead to embrace this new technology.

I am sure there are some great ICO’s out there, and in theory the structure might make sense, however I just don’t really understand it. From what I have seen the example above seems to be more prevalent than not

Let me just say…I think I’m happy to be an “old dog” that really doesn’t want to learn new tricks!