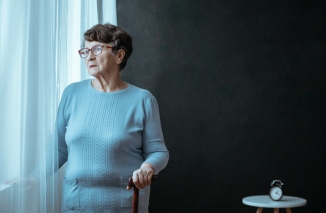 My latest experience is one that ever Baby Boomer needs to hear. If you are my age, you might have lost one of your parents, but if you are lucky, maybe not.

Enter the world of being the parent…for your parents!

You might not like it, want it, or seek it…but if you are also the only child, like me, it is even worse. A spaghetti bowl of new agencies will come into your life from Social Security for you Americans, to Medicare, Medicaid, State agencies, and Power of Attorney declarations with “Successor Health Care Representative” (if you live abroad like me). Don’t think that your parents net worth; either high, low, or non-existent will save you either. It is one big mess.

So, mine started off two years ago when I got a call from my mother in Arizona. By the way, her adopted home town is Surprise, Arizona, home to 100’s of nursing home and elderly facilities, as well as the very well known Sun City communities. She wanted to introduce me to her new” friend” Jane (not her real name) who she said was absolutely delightful. In addition, guess what? Jane just happens to be an attorney (hence the name change) specializing in “Senior Care” and end of life legalities. What are the chances (I thought to myself)? Since she was a friend, she could do a Limited Power of Attorney, in the event of her becoming incapacitated, and being alone (Her and my Dad divorced when I was 2), this should be done. This would be invaluable and even better; Jane would even offer to be in second position if I was unable or unwilling to exercise my direction. To be fair to her time, Jane suggested just a $500 fee for her, just so we felt better and didn’t think we were taking advantage of the new friendship. A few days later, there was the beautifully templated directional POA with our names nicely inserted into the blanks on the standardized form. What a deal!

Fast forward two years and remember I live in Dubai, which is +11 hrs from Arizona. I get an email from my Mom’s other friend Gerri. The fire department found my Mom on the bathroom floor and she has been taken to ICU. There was a phone number and she also contacted Jane the “friend”. Jane had the keys for this kind of emergency, went into the house and took my Mom’s dog back to her house. With a number of back and forth emails throughout the night, my Mom would be touch and go…but Jane was worried about leaving the lights on in my Mom’s house and she happened to see her wallet and some jewellery on the kitchen counter. Ill save you the details here, just realize it took me 3 more days to coordinate with Jane to get the lights turned off and no wallet or jewellery were involved. She will keep that until she sees my Mom. Her excuse for the 3 days was that she was “busy with other clients” (not friends) …oh, oh!

Let’s bring in some more “players” for a moment

My Mom was now in ICU for two weeks and it became evident she could never return to “Independent” living, so I would have to put her into a “skilled nursing facility” which is the highest level of care. Even worse she would have to qualify for assistance under Medicaid, and since she had no assets…it would be a process. Let me help you with something; not all facilities accept the Arizona Medicaid (ALTCS) and even worse it’s not widely advertised who does. Start googling.

I was so happy to see the many government departments that could help me: Arizona Assisted Living, Senior care Authority, Arizona Assisted Living Facilities (which could have you redirected to at least 3 other places like a Place for Mom, Senior Advisor, and Senior living today).…these are not government offices, but paid brokerage firms to head hunt for Seniors and act as advisors for families who are not in Arizona. Each person I spoke to held themselves out as experts, but each one gave me different information about the same thing. To be candid, I am used to this living abroad, but when it’s a matter of life and death for the one person who has no else to rely on and is helpless in a hospital bed alone…it’s scary. For someone like me, being 7000 miles away, I felt helpless.

Once they hear that you are looking for ALTCS…it’s like you are a leper…because they make very little on this. The facility will take the social security check and leave just $150 a month for a person’s incidentals. No other supplement is allowed, or other funding can be given for anyone to qualify. To my disbelief, some facilities advertise that they will take ALTCS, but will also accept a supplemental payment too (from family) for things like a private room! This is clearly a “NO-NO”.

One nice lady who works at one of the above agencies, by the name of Erika, offered to compile a list which accepted ALTCS and had skilled nursing, for me as a consultant and at a “layman” fee of $125/hr. She has been doing this for 20 years. After 2.2 hrs she came back to me and gave me an initial list ($250 fee). I got 14 names of which 2 were “death pits” according to reviews online, one was closed years ago, and three did not offer skilled nursing. Oh yes…two do NOT accept ALTCS. 5 facilities out of 14 “aint” that bad. What a deal for my $250. One last observation about the 5 remaining: 4 of these were single family homes converted into a revenue machine by sticking 8 “residents” into 4 small bedrooms.

By this time, I’m “freaking out” and getting on a plane to personally sort this out.

Let’s finish off with the lawyer friend

I got to Arizona and had to close my Mom’s house down. The day I got there I tried to get the dog. Being 13 years old, a urination problem (meaning it goes where it wants wherever it wants), and without my Mom being able to take care of it (my Mom is now bed ridden and unable to walk, with advanced dementia) …it was time to put the dog down. Jane and the dog were nowhere to be found.

The house needed to be packed up and to make matters worse; was destroyed by the dog. As I was leaving, I met with the landlords, and even though I was not on the lease, they wanted compensation beyond the pet deposit and security deposit that they get to keep. They wanted $3,000 more! Out of embarrassment, I left them all my Mom’s China, Living room table, a wine rack…AND $500. Somehow, they still think I was spawned from Satan and they hoped I kept my promise to never talk to or email them again.

I arrived home to a bill from Jane (lawyer/friend) for the 3 days of back and forth emails, the 29 days of boarding for the dog, and a message that she’s doing me a favour. Don’t you just love lawyers.

I won’t bore you with the next few weeks and nasty emails but know that I was able to get her off of the Power of Attorney, and the dog was placed with a family that wanted to adopt it, until two weeks after, they returned the dog to the Lawyer! The family had taken the dog to the veterinarian, got it updated with shots, teeth cleaned and the full run of the board.  Then, one day later the dog passed at Jane’s house. Now Jane revised the bill that I should cover the vet bills for the other family because she thought it was “only right” AND the cremation “end of life” for the dog. By the way…Jane still has my Mom’s wallet and jewellery.

The only thing that made this whole story worse was Jane immediately called my Mother (remember advanced Dementia where my Mom thinks she is on a cruise boat, and this dog was the love of her life) to tell her the dog died. Her comment to me was that with her Dementia she will have to keep reminding her that the dog is dead! Are you kidding me?!

So, the moral of the story is to be prepared. The end will come to all of us. The Power of Attorney for both financial and mental/health was invaluable, and needed for everything once I took control, but I recommend having all this spelled out in writing for all contingencies for both your loved ones and for yourself. It will save your kids or whoever will have to pick up any pieces a world of hurt. Keep these directions with someone you trust and know. If there were assets or other kids involved it probably could have been even worse. Realize there are people out there with their own agenda and see the elderly and their families not versed in the procedures (or maze) for this event, as easy prey. This is especially relevant in areas so densely populated with the elderly, such as Arizona or Florida. Don’t wait to the last moment, because we never get advanced warning when you could go through this yourself.

Is there a silver lining?

With my Mom’s Dementia she doesn’t remember having a dog. Hug your loved ones tonight!