Ok, looking into the fishbowl, I understand how a lot of my European friends are in horror, bewilderment, and disbelief. People across the globe are trying to explain to themselves how it could have gotten this far and what is going through the minds of American voters. Heck, that’s how I feel.

I find it humorous that everyone is trying to explain what is really going on with Trump. I have read everything from A to Z, and today even considered sleep deprivation as a reason to explain his unexplainable demeanor. I think sleep deprivation is a better explanation for the voter’s actions!

Let’s start by briefly discussing political theology, at least in how I understood things.

As a long time believer of Republican Party values and theory, I always was surprised on how “polarizing” the two-party views became to people. To many, it defined them. I never felt that way. As far as Democratic Party values are concerned, it is fair to say they are opposite from Republican. We will save the war between Democrats and 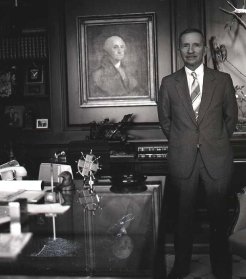 Republicans for another time. I never could understand how a business person…any business person, could be anything other than a Republican. The Party values, as I understood them, were; small government, low taxation, and accommodative business policies. This was all in an attempt to make a strong business and a high growth environment. This created opportunities and full employment with lots of money changing hands, and it was a race for everyone to see who died with the most toys.

Sounds good to me!

So why would a successful entrepreneur not make a GREAT (I mean really GREAT in trump language) President? After all, this is Trump’s mantra on how successful he is, and how he wins, and how he will do the same for the United States, and how the Union (which he terms as a disaster) will be saved. Before I answer, let me say… he’s not the first, and the campaign reminds me of the 1992 and 1994 campaigns run by billionaire Ross Perrot. Perrot’s megalomaniac style probably single-handedly derailed his own campaign. Probably not a good thing to make your volunteers sign Loyalty oaths, as Perrot actually did! In short, control freaks can’t win.

So my explanation is pretty easy.

First, the U.S. Government is not a business. No Government is a business. Governments are not meant to make a profit – they are there to secure the safety and well-being of their citizens. The extent that they do this is the difference in ideologies. With that being said, the United States Constitution, by design, is set up as a system of checks and balances. Remember, when it was designed in the 1700’s, the new country was breaking away from a Monarchy, a King, and Great Britain. The last thing the Founding Fathers wanted is to design a new system which gave any one person too much power. This is a major problem for ex-CEO’s with a control freak management style!

Second, we must understand there are different kinds of CEO’s. A man who is self-made (okay, even with a little help of a starting stash of capital like Trump) is a totally different man than someone who was at the helm of a public company, like Jack Welsh at General Electric.

An entrepreneur is a doer. He will not let anything get in his way. He can’t let it. A CEO of a big public corporation is a politician. Like a Greek tragedy, he must navigate the board room personalities, as well drive his business forward in the market. All the time, balancing the many personalities around him.

We don’t have to discuss him being a bully, misogynist, erratic and brash.

So, let me ask you – the system is, by design, structured for a chess game. Does this sound like a good environment for Trump? I don’t think so, and if he gets in, I’m looking for the nearest bed to hide under.