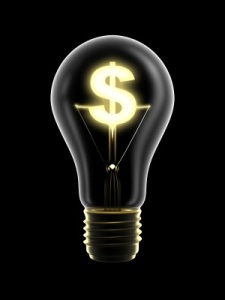 Everybody has heard the stories of  “That Guy.” He had an idea of the plastic fork;  He invented Velcro; He bought into Solo disposable cups, etc.  The fact is that these ideas, and ultimately the opportunity to get involved financially, are around us every day. You probably experience it yourself–had a personal idea, but never acted on it or didn’t know how?

The truth is that you have to be open to these ideas. Surprising, that is how virtually every company that has ever existed or ever will exist started. All companies started the same way–with an idea.  Trail blazers have it tough, and it’s not always pretty from the beginning. Imagine the looks that people gave Henry Ford as his noisy contraption came rolling down the street? This replaces the horse and buggy? Are you crazy? 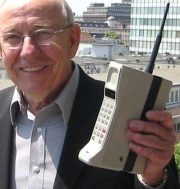 I can remember when I bought my first hand-held cell phone, otherwise known as “the Brick.”  It weighed 20 pounds, the battery lasted for two hours and you had to be next to a window for it to work. It also cost $750 US  (in 1985).

Remember the first PC computers?  Gigantic.  Remember, it’s not just the unique solutions that these innovators brought to the table; they all had competitive.

How some of the world’s most successful companies started:

What do all these companies have in common?

All these aspiring entrepreneurs needed seed capital for their ideas and companies. Seed capital can come in the form of debt or equity. Although debt is almost always cheaper and less expensive than equity, approximately 4/5 business owners use some form of debt to fund their businesses–even if it’s something as small as credit cards. Opportunities are around all of us every day. These opportunities, under any business environment, will never find funding through traditional sources such as banks. They will be financed by an entrepreneur investor who can identify the opportunities, secure a ground floor space and help nurture these companies along.

In order to make that happen, someone who is an expert (and only an expert) must do this:
Screen opportunities, conduct due diligence, and conduct ongoing oversight.

This is an invaluable process. Why wouldn’t anyone not like to have a partner like this?  I have no doubt that all the companies mentioned above partnered with investors who followed this or a similar success determination process.  The best investors look for game-changers. Period, end of story.  As President of  Grace Century FZ LLC, I’m  always looking for the next big thing–the next game-changer and tomorrow’s winners today.

2 thoughts on “How start-ups become the “Next Big Thing””