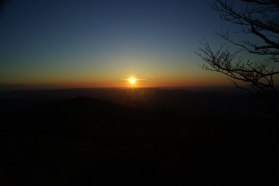 I constantly write about positive mental attitudes because it’s something, as a human, that we all experience and can relate to. It’s as if everyone must grow and become a better person by experiencing “baptism by fire”. Another saying is “what doesn’t kill us makes us stronger”.

As all experiences, these are teachings as we compare ourselves to people who have gone through similar trying times and came out better on the other side. Then there are the people who give up and let adversity win.  That is not an option for me.

Let’s face it, if everything was easy for everyone without hardships… then we would all be successful. Of course a success is defined in many different ways and upon one’s value system, but we know not everyone can win at everything (thank God!).

Another anomaly is that our elders (parents and grandparents) always believe they had it harder than us. For some reason they feel we have it easy… no matter how hard it is for us. I always tried to figure out how my father walked uphill for two miles (both ways), in the snow, with no shoes to school when he lived in warm Florida!

In his all-time classic book, Think and Grow Rich, Napoleon Hill tells the story of R. U. Harby.

Harby’s uncle had gold fever, so he staked his claim and started digging.  After a lot of hard work, the uncle found a vein of ore, so he covered up his find and returned home to raise the money for the machinery that he would need to bring the ore to the surface.

They raised the money and Darby traveled with his uncle back to the site to make their fortune. 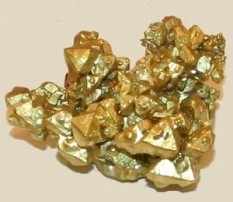 Things started well and before long, they had enough to clear their debts.  They were excited, everything from here on would be profit and things were looking good.

Then the supply of gold stopped. The vein of ore had disappeared. They kept on digging, but found nothing.

After a while, they quit in frustration and sold their machinery to a junk man for a few hundred dollars.

After they went home in disappointment, the astute junk man called in a mining engineer who checked the mine and calculated that there was a vein of gold just three feet from where Darby and his uncle had stopped digging.

The junk man went on to make millions from the mine.

How many times have you found yourself in the same situation? Do you listen to the “Naysayers” and play it safe? Do you know and understand whatever your endeavor entails. Are you willing to abandon something just because it isn’t working out or is more difficult than you thought? Most people do.

Are you like most people or do you bear down and fix the problem? Do you go home or find the gold?

As always… you are in control.