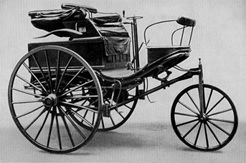 Reckless, cowboy, dreamer, risky … these are all adjectives that many esteemed groundbreakers are used to hearing.  Imagine what the first astronauts felt like when they were strapped on top of the first rocket. By the way, someone has to be first!  Penicillin? Oh that’s a good idea. Let’s take some mold from decaying cheese and inject into our body. Whose first?

Last week, a two-hour special was highlighted on NBC news regarding the promise of stem cells. The program reported on the work that’s been done by Dr. Paolo Macchiarini in regards to reproducing artificially made windpipes in the lab. The same old adjectives can be heard by the Naysayers:  “There needs to be more evidence”….“It is too early and unproven”….”Some people have died from his un-proven surgeries, hence it is borderline criminal”…and the comments go on and on.

The fact of the matter is, that any surgical procedure carries the risk of death, especially if general anesthesia is used. The incidence of death when it comes to people having their tonsils removed is approximately 1 in 15,000. We can dig up the numbers on any number of common and routine surgeries, but the fact is that there is always risk. When do “no other options” allow people to look at the upside?

Stem cells are the future. Stem cells are the key. The lock is being worked on.  Very few people (who are not under a rock) will disagree. As a human being, when it comes to your health, you WILL benefit from stem cells. As an investor, the door of opportunity isn’t knocking, it is banging down!

If you are an advocate, I congratulate you. If you are a Naysayer,  I will tell you that you better get on board, because this tsunami of healthcare change is coming and it’s unstoppable. The cost savings and improvement in life is overwhelming. A recent number that has emerged showed that regenerative medicine, as a market, will increase more than 400%, in the next 6 years, to $67.6 Billion (that’s BILLION with a B).

The future is only what is limited by our imagination, and our morals.

Man-made organs can bring up ethical questions to some. To others, it offers the illusive Fountain of Youth. Do we have a set “pre-ordained time” or will we allow science to extend this and make our lives longer, better, and more productive?

For me, all I had to do was witness the desperation of the parents in the show. All I have to do is watch innocent child being born with a defect, by no fault of their own. I also look at the athlete who was in an accident and now can no longer walk.

I’ll fight to the death for the rights of people who disagree, as long as it doesn’t interfere with my right to choose.

What’s the bottom line? Get out-of-the-way mice, take me first!

One thought on “Pioneers have got it tough”